The last month I've been struggling with the writing. Fits and starts. Revamps. Edits. But with today's check-in for ROW80, I feel optimistic. I almost accept that life will not return to a harmonious and simple schedule.

Even with 43,000 words on my next book, the ending doesn't ring true for my characters.


But I saw something online, can't even remember where, maybe Facebook, maybe Twitter. Can't find the source, just a simple statement:  "There will never be a perfect time. Just start where you are."

Finally, that jolted me into realizing that I won't make forward progress, not even during NaNoWriMo, until I get organized and write something every day. So here are my ROW80 goals for the coming week:

Write 1,000 words on Rivers of Stone.
Blog x3 (combo of travel, writing, and ROW80 blogs).
Critique x1 for Novels-L or GoodReads.
Read 30 pages in Letitia Hargrave's Letters.
Send query to Australian Times for indie book article.
Prep for book club visit thisThursday for Years of Stone.
Finish reading Letters from Brackham Wood for book club.
Participate in WIPpet on Weds and keep plugging away as sponsor for ROW80.
Cherish each day and continue de-cluttering (Note: my inbox is now under 300, down from 3,000).

WIPpet Wednesday: Here's a snippet LATE (should have been on Wednesday) of 26 lines (for October 26) from Rivers of Stone. Cat, still disguised as a boy, is traveling with artist Paul Kane as an assistant, to Fort Vancouver. It's late summer 1842, and they're somewhere west of the plains.

Cat put her hand on Kane's forehead. It felt cold and clammy to her touch. "Look at me."

Kane opened his eyes and stared at Cat. His pupils were like pinpoints.

"What have you taken?"

"Don't wanna talk. Here.” He thrust the bottle at her. “Just go. Don't come back 'till morning." Kane’s head fell back on his bedroll, and he slept.

Cat sat on the ground, just outside the tent as dusk fell, unsure what to do or where to go. Ever since they had left the trading post, he had been angry one moment and laughing aloud the next, or nodding off while riding his pony until Cat was afraid he'd fall off.

She pulled the small bottle out of the bag, twisted the top off the vial, and dipped her finger in. Bitter, bitter taste. "What is this?"

Pierre loomed out of the darkness. "That’s laudanum. Ye take it for pain or to ease the dysenterry. Got a bitter taste. That's why we mix it with the rum, no? He don't want it no more? I'll take it off your hands fer a dollar."
-----

Cheer on other writers participating in WIPpet Wednesday HERE, with thanks to Kate Schwengel for encouraging us all.

Check in on other ROW80 writers HERE.

And may your writing go well!

Tony Romo, quarterback for the Dallas Cowboys, said in this afternoon's interview: "You win the game, you go out and start over. You lose the game, you start over." You make a commitment, and you go to work.

Nice lead-in for this week's ROW80 check-in. Last week, the highlights were discovering my book, Standing Stones, is now on Overdrive for the Spokane County Public Library! Also helped set up the quilt show and worked a few hours over the weekend for this 3-day extravaganza. Nearly finished with baby quilt #1 with another to wrap up (forgive the pun).

Writing/Research:
--Write 5 out of 7 days, minimum of 250 words/day.
--Write a poem a day for OctPoWriMo and post on writing blog x2 (guest post from science fiction writer Ruth Nestvold scheduled for October 24).
--Read 40 pages of research related to Rivers of Stone.
--Review other indie writers x2.
--Participate in online and F2F writers' groups, including WIPpet Wednesday, UBC, Novels_L and ROW80 (keep up with sponsor readings).

And in other realms: Keep up with real life (laundry, house cleaning, cooking, exercising, decluttering, and a little sewing).

May your life be full of all good things in harmony, and the coming week a good one.

This is my favorite picture this week of fall leaves I took at our local arboretum; it seems to invite reflection.

I spent most of today helping a friend who has early stage dementia. Insurance forms, doctor visits, flu shot. Two meals. Her stories came around again and again, but I didn't have the heart to tell her I had heard that story already five times. She lives alone. No husband. No pets. No kids. No relatives. But we made progress. The social worker comes Monday. She had her flu shot. She has been referred to a neurologist. I will try to be a good friend, but we are looking at a day when she cannot live independently.

So tonight, as I sit down to catch up on today's check-in for ROW80, I'm feeling just a tad blocked. This photo by Drew Coffman says it well.

Writing/Critiquing/Research: Actually wrote 2x this week (very slow progress). Critiqued one writer's opening chapter and finished a book for an "honest" review. Writing a poem a day on my travel blog for October (not exactly 100%, but persevering); each poem was inspired by experiences and/or/pictures from travels in France.

Started reading Letitia Hargrave's Letters (1840s) on life in Upper Manitoba. Fascinating reading from an upper class woman with ascerbic observations of those around her.

Decluttered much of my e-mail, now down to an almost manageable 500 to read rather than a little over 3,000. How did I do this? By rigorously reviewing those writing newsletters that I didn't read -- and unsubscribing. Plus merrily deleting all the way back to April. Is there such a thing as an e-mail hoarder?

Went to the movies with my sweetie for the first time since January (Walking the Camino), a documentary about a 500 mile pilgrimage to Santiago, Spain. Yes, I'd love to go, but not sure if my knees would be up to such a hike. The doc gave hubby thumbs up with a 100% recovery from his back surgery. Yippee!

Snippet for Weds WIPpet: Here are 25 lines from this week's writing for Rivers of Stone (October = 10th month + the 15th day). Context: Poor Cat, still disguised as a boy, is stuck alone at York Factory in Hudson's Bay. It's winter, 1842, and Dougal will not return until spring.

Catriona threw up, her dinner of venison and fish spewing onto the snow. Dizzy, trembling, and wondering if she could ever eat again, she leaned against the wall of the mess hall and stared at the Clerk's house and the Chief Factor's house across the compound. How long had Dougal been gone? Two months? And no word. No letters, no messages.
"Took a bit too much fish, eh, Cat?" McKenzie loomed next to her. Too close.
Cat wiped her mouth and wished the sour taste would go away. She shook her head. "Creeping crud of some kind. Best stay away."
"Go on back to the Clerks’ House and report to the doc if it don't clear up by tomorrow," said McKenzie. "Yer me best clerk."
Catriona smiled weakly. "Thanks."
She started across the compound and thought of her bunk. If I can make it, she thought. Half way there, she crumpled in the snow.
"Bring him in here," called Mrs. Hargrave from her porch.
Cat was vaguely aware she had fainted and was now being carried somewhere warm.
"Put him in here, next to the stove. I'll take care of him." The noise abated, and Cat became aware of a warm cloth cleaning her face.
Cat swallowed, her mouth dry. I've got to get out of here. She struggled to sit up.
"Easy now. Feeling better?" Mrs. Hargrave leaned back on the stool next to the cot. "Just relax. You'll be fine. Most likely you ate something a little tainted, though 'tis so cold, I don't know how anything could spoil."

May you have a good week. Breathe! Write! Cherish the moment!

Check out updates from other ROW80 writers HERE and see what other writers have posted for Wednesday snippets from current works in progress HERE (Kate Schwengel's WIPpet Wednesday).
Posted by Beth Camp at 7:54 PM 8 comments:

New Row80 Round About!

I'm very happy to report that I'm finally writing, after nearly 6 weeks of not writing very much at all. Perhaps the very process of setting goals and trying to be accountable pushes me back into the writing, even if the writing is a bit ahead of the research.

This week's preoccupations have been: When does the ice pack on Hudson's Bay form, how did people of the 19th Century survive the harsh winters, where did they find food, and when did the ice blessedly melt? Were polar bears a problem? How much did voyageurs drink? How strict were the officials of the Hudson's Bay Company? Luckily, I have good research, but this feeds the context of the story, not the actual story (if that makes sense). Still, as I try to sift through what is most relevant and stay true to my characters, the forward progress remains slow.


As fall begins in earnest, may your own week go well, your goals be met, and all your words sing!

Life is settling down to whatever 'normal' is . . . though this last round of ROW80 promises to be just as busy. Hubby is doing very well since back surgery, and our daughter's new baby is slated to arrive at the end of October. She just might decide to arrive a little early!

So my goals will be simple and subject to change, though the list remains long and seems to grow constantly.


And my progress so far? Slower than usual, but I hope to persevere.


So, goals for this week:


May your own writing go well. 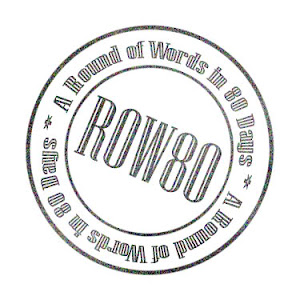 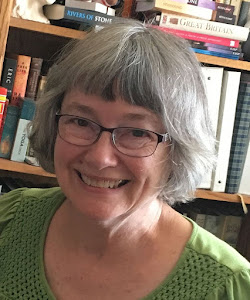 I've set up this blog to focus on A Round of Words in 80 Days (ROW8) and my writing goals -- to keep them separate from my writing and travel blogs. If you are here for ROW80, welcome!
If ROW80 is new to you, click on the blue link above and consider jumping right in!
bluebethley@yahoo.com 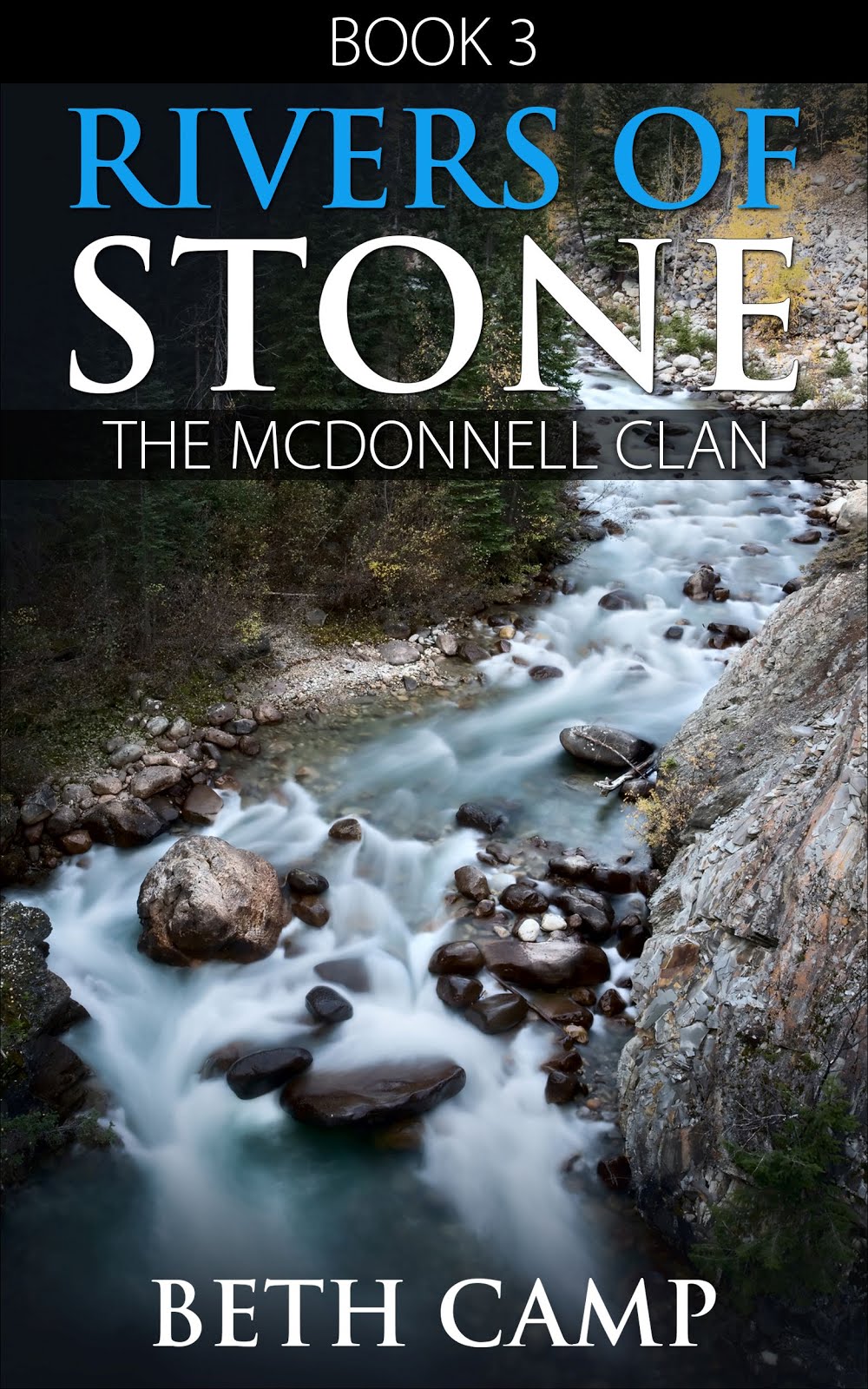 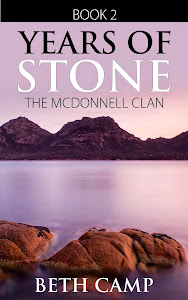 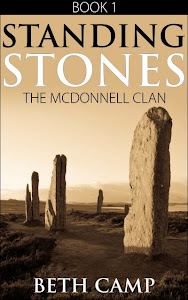 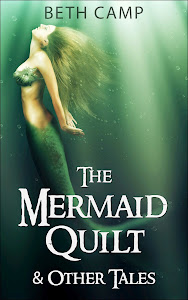